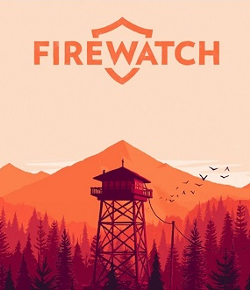 Over the last few years, PewDiePie has become an increasingly controversial presence in the world of gaming. As one of the most popular YouTubers in history, he’s always been a polarising figure, but his recent actions have sparked off quite a bit of offense across the board. Like when he hired people on Fiverr to say ‘death to Jews’ to ‘test’ what desperate lengths people would go to make money. Or for generally using slurs and offensive language in his videos.

So, when PewDiePie was caught using the n word on stream, Firewatch developers Campo Santo had decided they’d had enough. They said they were annoyed PewDiePie was making money off their game, deciding to then DMCA strike his videos on the game in retaliation. Here’s their tweets confirming it:

As well as PewDiePie’s response video to the situation:

It’s certainly an interesting solution to the ‘problem’ of PewDiePie making money from Firewatch videos.

But at the same time, it’s also an horrific one that should terrify YouTube creators and journalists.

Why? Because it basically says a game’s developers can wreck your YouTube channel based on nothing more than a personal grudge.

And that should absolutely horrify anyone working in the world of video game journalism. Sure, PewDiePie may have crossed a line here. He may have said some words he shouldn’t have, or made videos with anti-Semitic themes. It’s understandable to be angry there.

But copyright strikes against his videos are not the answer. The way the Firewatch devs have responded opens the door to far worse abuse. It opens the way to abuse by sleazy or immoral game developers worldwide.

Think about it. While Campo Santo may have objected to PewDiePie’s actions relating to racial slurs, other developers may instead object to creators merely attacking them on social media. Or perhaps having different political views. Being fans of different consoles.

In other words, they’ve just told everyone that “hey, now you can take down a Let’s Play/video based on purely on a personal dislike of its creator”.

And well, can you imagine what it’d be like if this became the norm?

Imagine if a developer decided they don’t like Democrats or Republicans and would copyright strike any Let’s Play of their game by someone with said political views. Would that be okay?

How about DMCA notices and strikes based on someone’s views about gay marriage or abortion? Ones based on whether someone’s a vegetarian or not? Or even because the developers fell out with the video creator in a convention or something?

Cause all those things are possibilities here, and they lead to all kinds of chilling effects in the industry. They cause people to ‘hide’ their beliefs when creating videos on the off chance that someone involved in the game’s development dislikes their views. Or just thinks they’re a ‘terrible’ person in general.

And they stifle legitimate criticism too. After all, if developers really can ‘take down’ a video based on their thoughts on the person posting it… what stops them from taking it down because they dislike what someone said about the game in it?

Nothing. You’ve basically given the likes of Digital Homicide a reason to shut down critical videos about their games. You’ve justified what Alex Mauer has been doing for months with games like Starr Mazer DSP.

In other words, you’ve created a situation where developers and artists now think they can take down Let’s Play videos and reviews for any and all personal grudges.

It’s making censorship legitimate. Turning freedom of the press and the freedom to critique others into complete non-entities.

And what’s more, it may even be illegal.

Well, think of it this way. Copyright law has this thing called fair use (in the US) or fair dealing (in various countries). Under this part of the law, it’s not copyright infringement to use copyrighted material for certain purposes.

With of these key purposes being in journalism. Or more precisely, commentary and critique. Here’s the part about it from the official UK government website:

In addition to the related fair dealing aspect from the UK government’s official site:

As well as from the UK copyright service:

Quoting parts of a work for the purpose of criticism or review is permitted provided that:

This at a glance would seem to cover video game journalism, as well as Let’s Play videos. After all, Firewatch is available to the public, PewDiePie acknowledges the ‘source’, it’s accompanied by discussion or assessment and the amount quoted is what’s necessary for the purposes of the review.

Now admittedly, there is some vagueness on the legal front here. No one’s ever been sued over a Let’s Play video yet, and there’s never been a court decision on whether a video commentary on a game counts as transformative or what not.

So quite a few lawyers and legal experts have different opinions on whether it would be fair use or not. Game attorney Ryan Morrison thinks it isn’t fair use, based on his Twitter post and podcast episode:

Firewatch DMCA’s are legal, Devs can easily destroy YT channels, and the law isn’t how you want it. LISTEN HERE! https://t.co/s1fdrhubNJ

Whereas the Rutgers Intellectual Property Law Society think they are.

And other professionals have differing opinions on the matter. You can see a sample of those linked here.

But really, the legal side isn’t the important one here.

The political implications are. The implications that game creators have the right to take down any coverage of their game based on personal opinions.

That’s insane. They’re justifying an attack on the idea of press freedom purely because someone made an offensive comment in a different situation.

And it’s bad for everyone. It’s bad for YouTube creators, because an already difficult medium has become harder to work with. Now you don’t have to just worry about fair use, but about what you say in future and who agrees/disagrees with it. One comment in a stream ten years later could be taken as a justification to annihilate your channel and destroy the income you need to live on.

It’s bad for journalists, since a Let’s Play or walkthrough is a legitimate part of gaming journalism. One that again can come under attack purely because of a random comment you said elsewhere. Imagine being IGN or GameXplain or Kotaku or what not. Imagine knowing that just one journalist being an ass on social media could lead to copyright strikes. Or even your whole site’s channel going boom.

Heck, it’s even bad for Campo Santo too. Yes, they may have won a few ‘internet points’ from people offended by Nazis on social media. Sure, some people on Reddit or Twitter or Tumblr may like them a bit more now.

But a lot of other folks will be avoiding them with a ten-foot bargepole. Why cover games by an organisation who thinks a personal dislike of a creator justifies a copyright strike? No one would even want to risk covering Firewatch if they’re even remotely likely to annoy Campo Santo’s staff.

It’s not a good situation for anyone really.

And it will get worse. Yes, it started with PewDiePie. Yes, what he said is considered offensive to many people.

But it won’t end with PewDiePie. Nothing like this ever ends with only ‘extremists’ getting affected.

We will see more channels struck down by things like this. More developers abusing the DMCA system to take down videos based on personal grudges. They’ll see the initial positive reactions from some folks (and some lawyers) and think it’s open season on critics.

This really cannot be allowed to happen. Campo Santo has crossed the line, and it’s time we all stood up against them for it.

Otherwise, both YouTube and the gaming media will suffer immensely for it.

Yep. Anyone who does this this sort of thing is sleazy and immoral.