Digital vs. Physical: Weighing the Difference 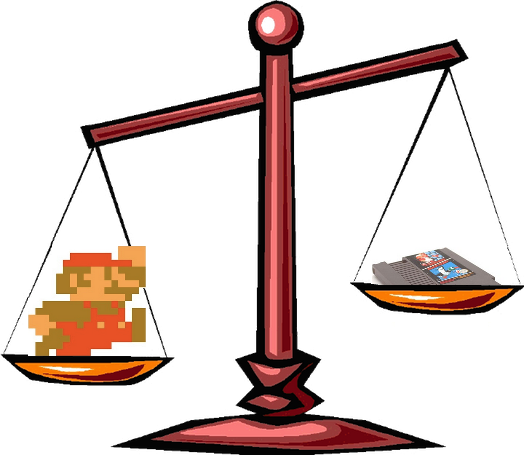 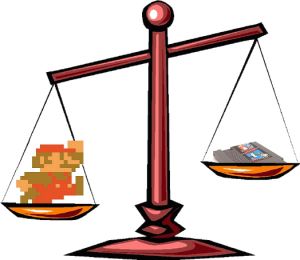 An experience like this begs the question: “why are we still purchasing our games at retail stores like GameStop and Target when we are increasingly being given the option to purchase digital copies through platforms like Nintendo’s eShop?” It’s a good question. The eShop doesn’t have set hours, make you wait in line, or drive to the store. It doesn’t run out of stock, suffer from inventory errors, or shipping delays. I could be playing Fire Emlem: Awakening right now rather than complaining on a blog almost no one will read if only I had only brought myself to purchase a digital copy. So why didn’t I?

Nintendo holds the belief that a digital copy of a game does not have less value than a physical copy. This is their official reasoning for releasing games at the same price in both forms. But Nintendo’s logic (if indeed this is their actual reasoning) is flawed, or at least, I don’t agree with it. A physical copy of a game comes with a box, an instruction book, and a PHYSICAL game disc or cartridge. Maybe that doesn’t seem like much. Afterall, we aren’t buying the game for the box and instruction books are pretty useless for most gamers. But to many, these components still represent some real, tangible value. Beyond that, a physical copy of a game grants all kinds of freedoms that a digital copy can’t. A physical cartridge can be lent, borrowed, and resold at least until it becomes the industry standard to make physical games playable on only one device. That ability has a value too, and it’s an easy value to put in real life dollars. 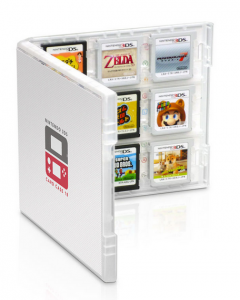 It’s harder to put a dollar amount on the other assets that physical games have. If I lose or break my 3DS, at least I won’t necessarily lose all of my hard copy games along with it. The same can’t be said for games saved on the console’s hard drive. For that matter, the hard drive has a limited amount of space on it, further diminishing the value of digital game copies. Sure, you can expand the space available to you by getting multiple SD cards (or hard drives in the case of home consoles like the Wii U). But why should I have to purchase extra hardware on top of a digital purchase that cost no less to get than its physical brother? Finally, and perhaps this doesn’t count for much, physical is familiar. That is to say, I’m used to it. I know how it works, and I trust it. Digital, while not entirely foreign to any of us, still makes many of us uneasy, and perhaps with good reason. What if a file gets corrupted during download? What if the download doesn’t go through but I still get charged for my purchase? What if something goes wrong? It may be unlikely, but going to the store to buy a game is a system that may have its disadvantages, but it is tried and true.

That isn’t to say that downloading games doesn’t have its advantages. Without digital sales, we wouldn’t have many excellent smaller, less expensive games that would never make financial sense to release a retail. I purchased Pushmo, and I’m glad I did. Indeed, the Indy Developer revolution is due in no small part to digital only sales. But even games that are available at retail lend themselves to digital purchases in some ways. As I said before, you don’t have to deal with the hassle of going to the store (and as my anecdote in the beginning shows, it IS a hassle). In the case of handheld consoles, digital games has the advantage of portability. If you have Fire Emblem: Awakening installed on your 3DS, you don’t have to carry the game cartridge around with you. In a word, digital purchases have the value of CONVENIENCE and that is no small consideration. But does that convenience yet outweigh the inherent advantages of buying physical games? 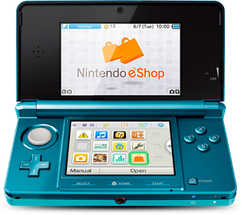 The day will come when digital game purchases make far more sense than buying physical copies. Cloud support and cross play can greatly increase the value of those downloaded games while limiting physical games to a single console will diminish the value of those hard copies. Make no mistake, these changes are coming, as is the day when digital game purchases are cheaper than buying discs and cartridges at the store. It won’t happen because the physical copies truly do have more value, regardless of what Nintendo says. It won’t happen because physical copies are for collectors willing to pay more for something to hold on to forever like comic book hoarders. It will happen because the industry wants it to happen. It will happen because on that day, developers and publishers can sell their games to us without the overhead of manufacturing, shipping, and retail, and that means more money for them while offering a cheaper price for us. That day will come and when it does, I will welcome it. Until then, I will hold on to my physical copy of Fire Emblem: Awakening, even if I have to wait a few more days to get it.

Very nice article! You might want to also see the discussion about it on our forums too, quite a few responses there:

Really enjoyed the article, i myself a collector find myself debating physical copy or digital. But to storage is a hassale. I havr found myself to at the hands of gamestop messing up my pre-order of kingdom heart dream drop limited edition. At the moment i will play both fields. I wish digital would be less than the physical. Nintendo reasoning makes no sense. They place extra money into making physical copies. Pricing both copies the same will allow them to make for product cost as well as gain profit. The gaming industry is changing some good and others bad.… Read more »

the only valid arguments are the memory problem and the price. The rest of your arguments come down to ‘but I dont want change’. When the 2 main problems are corrected there will be no real reason to buy a physical copy other then ‘that’s what I’ m used to.’ The gaming industry wll go full digital, not because the industry will want it, but because new generations won’t have the same habits of buying physical games and will not blind themselves for the benefits digital can offer

I have 3 small eshop games : 3d classics Kirby, wario land 3, and pic 3d I bought them because there are no physical copies but I wanted them and still enjoy them but with digital its hard. what happened when I want to buy a console….after the 3ds and find out there is no way of transferring those 3 eshop titles to the new console? or a way where you can put them into a cartridge!( SHOULD BE POSSIBLE) physical rules but sometimes I have no choice for digital. + I cant get my £1 something out of the… Read more »

We never run out of digital stock and can always re-download/back-up games in case it goes corrupt. If we lost/damage physical cart, it’s bye-bye and you need to buy a new one.