Did You Know; Eight More Interesting Facts about the Mario series

Previously on Nintendo 3DS Daily, I wrote an article listing some fairly unknown facts about the Mario series that weren’t usually written about by gaming news sites. But since then, certain people have been asking for a sequel to that article, so to honour their request, here’s eight more interesting and semi unknown facts about the Mario series.

1. Yoshi was meant to be in Super Mario Bros 3

Yes, Shigeru Miyamoto wanted Mario to ride a dinosaur as far back as Super Mario Bros 3, it’s just the system didn’t have the power needed to handle such a complex sprite on screen. Heck, he even wanted something like Yoshi right after the first game was completed!

Here’s a nice piece of concept art showing an early design of Yoshi they were considering for this: 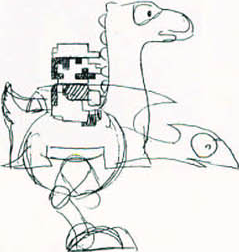 So while eventually Yoshi would become part of the Mario series from Super Mario World onwards, the original concept was that he was meant to be in at least one of the early NES games too.

2. That Bowser is supposedly married?

So no, that old annoying cliche about Bowser Jr being Bowser’s child with Princess Peach isn’t right in the slightest… or is at least even more disturbing that it already was.

But who is this mystery lady? Hard to tell, different sources give different identities. Some people think it’s the game equivalent to Lena from the movie, but the only implied explanation was given by Official Nintendo Magazine when they said Bowser was married to a mysterious character called Clawdia Koopa. 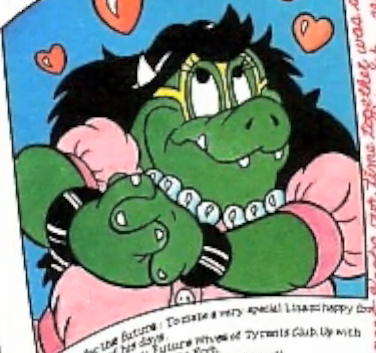 Above: Is this Clawdia Koopa?

So yes, seems like Bowser’s married, making his whole relationship with Peach just that more awkward than ever.

3. The Hidden Mansion is different by region in Luigi’s Mansion?

And the fact that is causes quite an interesting dilemma for European Luigi’s Mansion players, since it is physically 100% impossible to get all the necessary treasure for an A Rank in the normal mansion alone.

In addition to this, quite a few harsh changes were made. You have to fight more (and more difficult) ghosts in each room, sometimes many more. You need more Boos caught to fight the final boss. And not to mention, bosses are more difficult and have new attacks.

Yeah, not minor changes. Worse still, this means that any US published walkthrough or strategy guide is basically useless for anyone living in Europe or Australia. Better hope you don’t buy the Prima one!

4. Wario Land and WarioWare are more similar than you think

For example, WarioWare Twisted intro cut scene features the Music Box and Golden Pyramid from Wario Land 3 and 4 respectively. The former’s now apparently on Wario’s coffee table as a decoration, the latter has a picture hung on the wall behind.

Above: For those counting after Shake It, that’s two whole worlds Wario has stored in his house.

But that’s not all. The first WarioWare game had the same director and staff working on it as Wario Land 4 and reused quite a few of the resources. The music in Paper Plane is partially identical to the Curious Factory theme:

See about a minute in.

Another good example of this is the ending, which goes into the Crescent Moon Village music from Wario Land 4 at one point:

See about fifty seconds in

Funny enough, even Wario’s sound effects are recycled. The sound he makes when he goes into the elevator is the same one as the portal sound from Wario Land 4!

Sure are a lot of references to the Wario Land series in WarioWare, aren’t there?

5. Yoshi’s Island’s Intro is a remnant of an earlier time in development

Now here’s an interesting fact you might not know. Remember the distinct look of the intro to Yoshi’s Island?

Ever wonder why it doesn’t use the same crayon drawn style as the rest of the game? Because at one point, this was going to be the style of the whole game.

Yes, at one point Nintendo’s marketing department wanted the game to have pre rendered 3D graphics like the Donkey Kong Country series, but he decided to fight back against it and go the complete opposite direction. The 3D models of the characters in the intro and ending may well be remnants of this era in production.

6. Bad Translation is responsible for many unique enemies

And what series have been affected worst by this? Paper Mario and Yoshi’s Island.

Above: Imaginative names were not a strong point here.

They’re actually just plain old Podoboos, it’s just that Lava Bubble is a direct translation of the Japanese name. Guess you could say the translators just screwed up and didn’t realise it was a normal Mario enemy.

Similarly, both the Jean De Fillet and Honen from Yoshi’s Island and Super Mario Land are likely just the same as Fishbones from Super Mario World and other main series games, the names were either made up by confused translators or direct translations of the Japanese ones.

There’s also Kamek, whose name is so similar to that of the generic Magikoopa species that even Nintendo don’t seem to know which games feature him and which don’t. But that’s best saved for another article.

Surprisingly enough, this is actually true despite said enemies being completely immune to Hammers or any other form of attack. How can he get rid of them?

By falling on them in statue form! Here’s a video demonstrating it:

I guess even then the Tanooki Suit’s statue form was overpowered!

8. Mario and Luigi have data for fighting Dark Mechawfuls in Bowser’s Inside Story?

As well as quite a few unfought enemies surprisingly enough. For example, they can also fight the Naplocks by breaking the blocks they throw by jumping. They can also fight Choombas, which telegraph their attacks by M and L shaped smoke clouds not visible in the normal game.

However, the most interesting ones to fight as the bros are the Dark Mechawfuls mentioned in the title. Why? Because while you’re able to knock them back with the hammer, and you can supposedly dodge their lasers by jumping, the latter attack wasn’t ever finished. The result basically means waiting around through a 3 minute attack which will never hit and does absolutely nothing of value.

So I guess at some point, all these enemies were meant to be encountered by Mario and Luigi, with them being made Bowser only after a certain point in development.

Well, that’s it for this article about interesting and unknown facts about the Mario series. Hopefully anyone reading this has learnt something new from it, these aren’t exactly the kind of things you can find out anywhere you know!