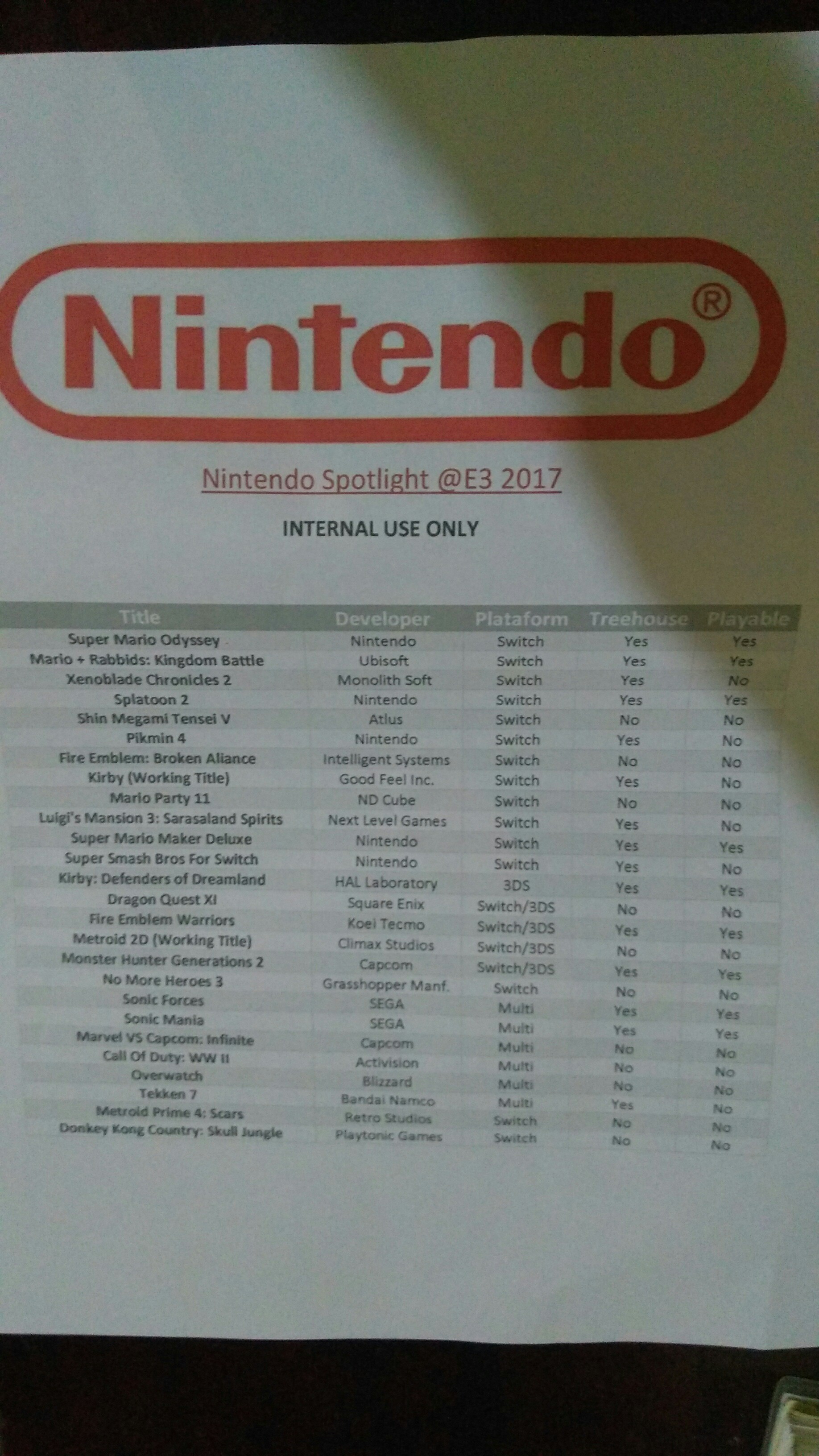 As you all now know, E3 2017 is nearly upon us. Like every year before it, this means new video game trailers, new artwork and all manner of new announcements. It’s a fun time for gamers every time.

Unfortunately, it also means a few other things too. Like the thousands of questionable video game leaks you’ll see posted online everywhere and anywhere. There are blurry screenshots supposedly showing new games (but recorded by people who apparently lack a modern phone or any sort of working camera). There’s concept art purporting to show characters from games by companies like Game Freak.

Heck, in a few cases there are even full videos mocked up that supposedly show entire games or trailers.

But the most common example is nothing like those. Nope, it’s the blurry text document leaks. You know, the ones where some random guy has ‘photographed’ an ‘internal document’ purporting to show what Nintendo is presenting at E3. Like the following ones from a few years ago:

However, there’s an obvious problem with these lists though. Namely, they’re meaningless.

Why is that? Well how about because anyone on the planet can make them in minutes? Seriously, compare the latest ‘leaked list’ going around: 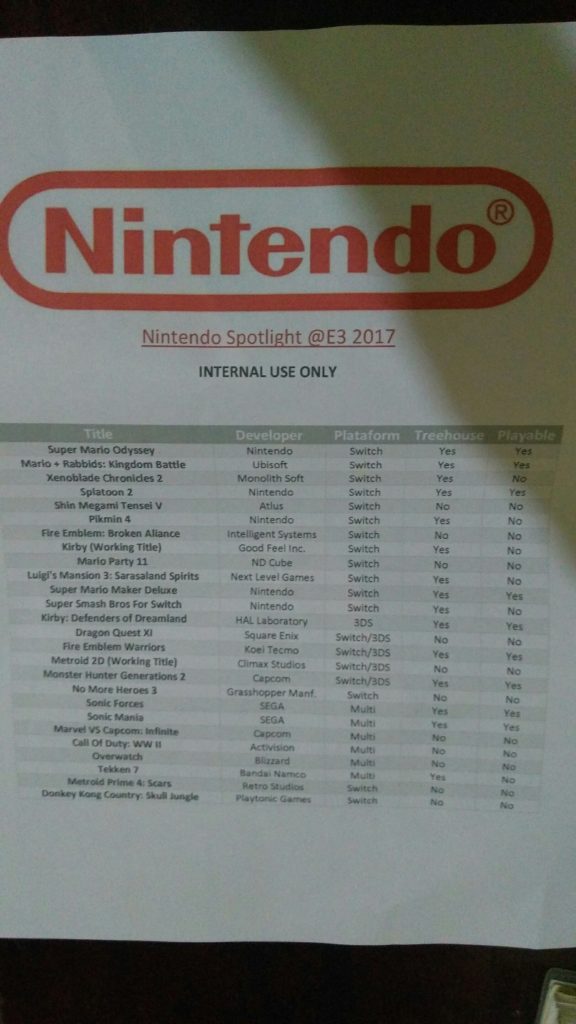 With my quickly made copy in Microsoft Word: 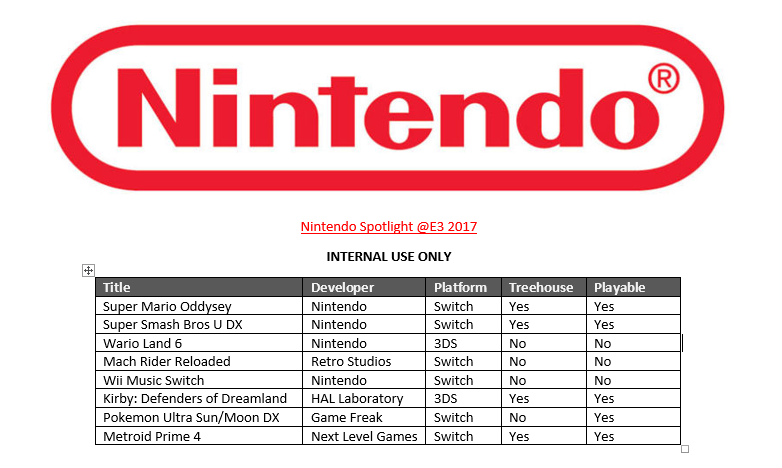 The differences between them are pretty minimal. Yeah the fonts are different and the ‘leak’ has been printed and photographed at the angle, but the concept is identical either way. Aka a random person online posting what they think Nintendo will show at E3.

So before you make a video about these lists (or go promoting them on social media), just stop for a minute. Think to yourself how easy it must be to fake these, and move on. Random blurry pictures on forum websites are not credible.

Thank you for reading.