Are Video Games Actually the Least Offensive Media Out There? 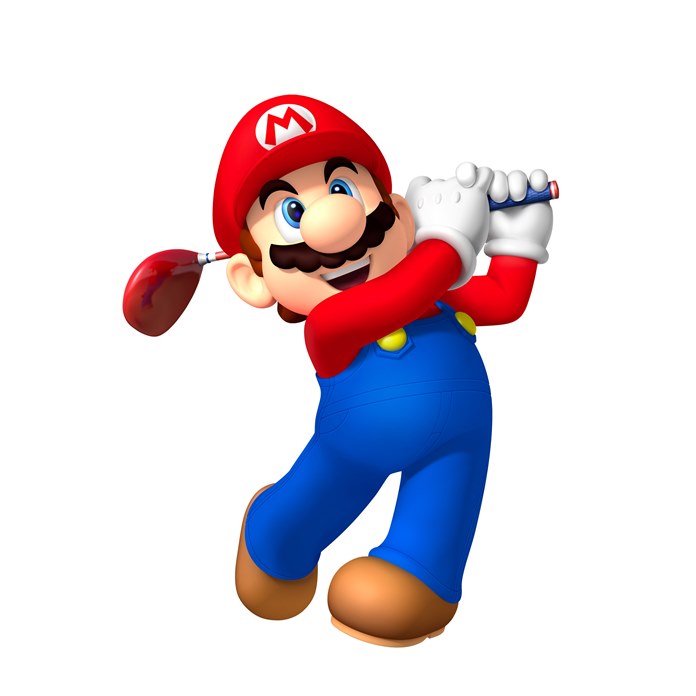 In recent years, there’s been a bit of a backlash against video games.  Mostly coming from ‘social justice’ believers and overly miserable internet writers, it seems like a certain group has decided that video games are all that’s wrong in the world and that they’re somehow some generally sexist/racist/classist form of entertainment that needs ripping apart at every tiny opportunity.

But I disagree with them entirely.  Indeed, I think video games are actually one of the least offensive forms of media in the last twenty or so years.  Or in other words, they’re actually better than film, television or literature (among other forms of media) as far as horribly offensive and degrading content goes.  Keep reading to find out why!

So why are video games actually the least offensive, most inclusive form of media there is?  Well, answer me this.  Has there been even ONE blatantly sexist or outright offensive video game in the last few years?

I don’t think so.  Every single attempt at trying to criticise video games for being inequal or offensive or misogynist has come from someone trying to read too much into a video game which is just following genre cliches.  Like that article about how sexist or racist or classist The Legend of Zelda Ocarina of Time. A flawed, horrendously stupid article by someone who apparently didn’t bother to play the game before ranting about it, whose very conclusions were shot down by the game itself.

Put simply, most video games are pretty tame on this front, with the only readings of ‘offensive’ content coming from people looking way too much into the game in an ‘everyone is Jesus in purgatory’ manner.

Now contrast this to… some of the things in other media.  Think Duke Nukem Forever is supposedly horribly offensive?

Yeah, that was broadcast on US TV at primetime.  It’s apparently already got three series and a 6/7 out of 10 rating on the Internet Movie Database.

And this is the same show which, in about the first episode, has such comedy as helicopters exploding as they crash into ophanages, rape jokes, bestality jokes, the equivalent to Smokey the Bear getting set on fire/doused in acid and as many jokes aimed at mocking minorities as possible.

Or how about Allan Gregory?  Yeah.  That’s almost the bottom of the barrel for bad taste and outright offensiveness:

I’m not even gonna summarise why that’s bad.  Anyone from say, Tumblr who watched that would probably drop down dead in shock about five minutes in for how offensive the concept is and how awful the characters are.

Or Mr Pickles.  There’s nothing but depressive insanity there:

And hey, absolutely nothing in gaming can compare to Heil Honey I’m Home for complete and utter tastelessness.

Seriously, you think video games can have bad concepts?  Well this TV show outdoes them all.  No wait, it outdoes every show and work of fiction on the planet for awful ideas.

It’s a sitcom starring Adolf Hitler and Eva Braun, with them living next to a Jewish couple  who they apparently don’t like (and supposedly try to kill in unaired later episodes).  Yeah, someone thought a comedy with a road runner and coyote setup involving the most evil man in history and world war 2 was somehow a good idea.  And somehow, at least some group of people apparently agreed with them.

Above: And hey, at least us gamers censor out this stuff when we post videos of said game.

But that’s fan made works and obscure games you can only get by using Google ‘correctly’.  The general mainstream video game world is much more restricted and tame by comparison, to the point that even somewhat potentially offensive content like the Binding of Isaac was banned from the 3DS eShop. Put simply, something like say, Brickleberry or Allan Gregory wouldn’t ever get published on a mainstream home console.

Above: Even Super Mario World Dark Horizon would probably be too offensive for a Nintendo eShop or something.  Even more so in the SNES days…

And so compared to stuff like in other mediums, video games are rather tame.  Oh sure, there are a lot with male heroes and a few with female characters acting as damsels in distress, but come on.  At least our terrible video games are bad on a gameplay and technical level alone, rather than having horrible concepts as well.  ET, Action 52, Superman 64 and Big Rigs may be terrible, but the concepts alone are about as inoffensive as you can get. Put simply, compared to some of the trash found in other mediums, video games are probably the best off.

Above: This may be terrible, but there’s nothing even remotely offputting about the actual content.  Even bad games in this medium are practically never additionally ‘offensive’ in any way.

And no, I’m not bringing up some of the horrors found in certain webcomics, reality tv shows, films, comics, anime or many other mediums.  But I’ll be blunt when I say this; pretty much every medium has a ton of horribly offensive crap with no redeeming value. Yet only video games seem to get so much hate and vitriol thrown at them by certain people.

So why is this?  Why do video games get it worst despite arguably having the least horribly offensive bad works out there?  I suspect in all practicality, it comes down to the following reasons:

1. Games are easy targets. If the social justice critics and moral guardians went after film or TV and made general assumptions like ‘they’re evil’ or ‘they’re sexist’, people would rightly criticise their arguments for the flawed, often narrow views that they are.

But games are seen as different. Similar to other ‘modern’ media (think the internet in general), a certain amount of people seem to almost fear the concept (at worst) or completely fail to understand it (at best). So when people criticise aspects of them (that would get dismissed when discussed in regards to literature or film), a rather large amount of people end up agreeing with those flawed critiques.

2. Gaming in general has a slight image problem (as does its media). Put simply, while other mediums like film and TV and animation and literature are seen as somewhat diverse fields consisting of a whole bunch of different things and appealing to pretty much everyone, gaming kind of gets lumped in with American comic books, tabletop games and pro wrestling with the assumption that its fanbase is some semi exclusive club consisting entirely (or mostly) of male teenagers and young adults. And given how poorly media appealing to that type of audience is often treated… well, you can guess the end result.

Above: The popular perception of video games.

3. The gaming media keeps perpetuating these arguments and attacks. Want to know how to stop pointless crap like ‘The Legend of Zelda is sexist/racist/classist’ constantly being discussed or argued about? Stop posting about it on sites like Kotaku, Polygon, IGN, etc. Same with any other kind of attack piece written by someone who hasn’t done their research properly and is just trying to start a fight for the sake of it (like all the anti gaming stuff in the 90s and early 00s). Of course, that brings me to another point…

4. Namely, a certain amount of the media seem to agree with the critics and generally despise gaming and the people it attracts. Which makes me wonder, why run a gaming site? Why work as a gaming journalist if you think video games are all offensive or you hate the types of people the hobby attracts? It seems counterproductive, like say, having a heavily conservative candidate running as a Lib Dem MP in the UK, a pro immigration and anti austerity liberal writing for the Daily Mail or in the US, someone who wants to restrict gun control working for the NRA. If you like writing about how bad gaming culture is, how lacking games are or how some ‘not at all researched’ article proves every popular game is somehow [insert ist word here]’, then perhaps find a new job or hobby.

But this all misses the obvious point here people.  Namely, that most articles about what’s ‘offensive’ about a certain video game or how it’s culturally insensitive are making wild assumptions at best, and that more importantly, games shouldn’t be judge by a couple of the worst examples in the same way that no other form of media should be judged based on its own worst works.  No one thinks that say, Shredded Moose, Sonichu and Billy the Heretic are what all webcomics are like.  No one thinks that all films are exploitation B movies or ridiculous stuff like Titanic 2 (yes, that apparently exists). So why judge video games like this? 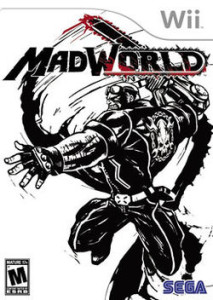 Above: Games like Mad World are probably the nearest thing to ‘over the top’ a video game gets as far as potentially disturbing content.  And even those are mostly parodies involving you beating up or killing people described and shown as outright evil in every way.

Why write off a whole medium as been some boys club which is anti female (many social justice advocates) or outright evil (some conservatives and hardline religious people) based on misunderstanding a few examples in a mostly good form of media?

Please stop attacking Shredded Moose, it is a misunderstood comic and it is actually the redemption story of a womanizing misognyist fratboy with the help of a young mother who saves his life and shows him that women are human beings too. He then resolves to treat the women in his life better. The authors are far more mature than the writers of Sonichu and Billy the Heretic and Brian C. Krümm even went on to write illustrate many successful children’s books.

Oh, and to that guy who’s posting make easy money spam, just sod off. I never got why these comment spammers can’t just think to… I don’t know, work for their money like everyone else rather than ruining perfectly good sites with their crap.

Sorry, editing a post apparently posts it to the forums too…

As much as I agree with those points you made, I am slightly confused by one part of number 4. I mean, yeah, even I – as well as yourself – have mentioned how games are declining and lacking compared to where they once were, yet you say not to be a journalist if you are going to complain about those things. Doesn't that sound a bit hypocritical or am I misunderstanding what you mean by "lacking"? I mean, I admittedly miss the days from PS2 and earlier when most of the games were actually fun to me rather than… Read more »