April Fool’s Day, Hoaxes and Tricks; The Best 5 Nintendo Hoaxes of all Time 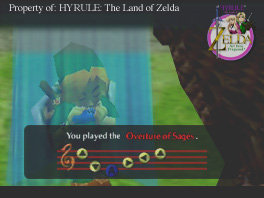 When it comes to rumours, they’re all dime a dozen.  You’ve got Luigi in Super Mario 64, Mew as obtainable in Pokémon Red and Blue and the Triforce in The Legend of Zelda Ocarina of Time as among the hundreds found on the internet.

But hoaxes are another matter. Whether it’s because of how much easier it is to write posts on forums than to keep up the masquerade and pretend you know something you don’t, Nintendo related hoaxes are actually pretty rare online.

So here’s a list with the top five Nintendo hoaxes, to celebrate all the attempts at deceiving Nintendo fans that have been so popular over the last few years or so.

Really, any of them would count here, the magazine had a reputation for winding people up with fake articles every April Fool’s Day and was the source of a ridiculously high amount of hoax images and rumours.

Like that infamous ‘cheat’ to unlock Sonic and Tails in Super Smash Bros Melee where you had to KO more than 25 opponents in the notorious difficult Cruel Melee. That drove enough fans to insanity that some people believe it even today.

Above: The most famous Super Smash Bros hoax of all time.

Or their other hoax, the one where they talked about how you’d get a Twilight Princess style remake of The Legend of Zelda The Wind Waker and showed a blatantly Photoshopped image of a realistic Kangaroc fighting Link at Dragon Roost Cavern. 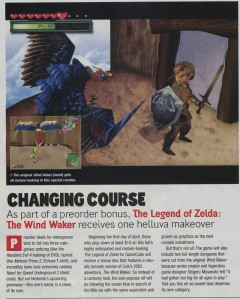 Above: Sadly, I suspect a lot of Zelda fans wish the above was real.

Now, obviously both of these were fake, but at the time people were kind of trusting of the magazine and bought straight into both of these hoax stories without even a second thought.  And so EGM’s infamous April Fool’s Day jokes make it onto the number 5 spot on the list!

Not that the video game media had a great amount of credibility prior to this, but the Majora’s Mask 3D hoax was arguably the best example ever of them taking some random person’s opinion as fact without any real evidence backing it up.

So how did this hoax begin?  Someone on the Official Nintendo Magazine forums made a mock up GAME.co.uk web page featuring Majora’s Mask 3D and posted it for a laugh.  Next thing we know, half the gaming press had reposted the image wholesale and said it meant Nintendo was working on a Majora’s Mask remake.

Above: People were so desperate for a Majora’s Mask remake they even trusted pictures of a web page about it…

The idiocy and poor quality journalism displayed here was staggering; as was the fact the hoax fooled so many more people than it was intended.  Why take a forum post as a reliable source to begin with?  Why not even ask GAME whether they really did have a page up about Majora’s Mask 3D?

To cut a long story short, the original poster came out and admitted he’d faked the image, tons of gaming news sites had to quickly post an apology/follow up post saying they were fooled by a random kid on an internet forum.  What an embarrassing and ridiculous mess this whole thing turned out to be.

A piece of fan art by a DeviantArt member called ‘king bowser koopa’, Purple Prizes went from being part of someone’s gallery to the centrepiece of the rumours and hoaxes that would define Super Mario 64 DS for years to come. Here’s the original picture:

But regardless of its origin, it’s an interesting example of a video game hoax.  It has some fairly realistic looking screenshots, a very slick and official looking style that makes it look like something from a magazine or strategy guide and it played right into everyone’s expectations (if Luigi was in Mario 64 DS, then surely his ‘secret’ and ‘rumoured’ counterpart should be too, right?)

And so the image became the bane of many Super Mario 64 DS players, with people asking about it near weekly (because hey, if it’s on the internet it must be real!) and other hoaxers setting up websites to try and further the story even more (apparently one of these sites actually had faked images of the level Waluigi was supposedly found in)

For fooling hundreds of people and becoming almost a running joke, the infamous Purple Prizes article makes the third spot on the best hoaxes list.

Hoaxes about new Pokémon from the next gen games are not new.  Pokémon Black and White had edited ‘magazine scans’ showing non-existent creatures.

And Pokémon X and Y had the same type of stuff with these pictures:

But while Pokémon hoaxes are not new, one recent hoax stands out among all others for how many people it fooled.  Meet the new Pikachu evolution from Pokémon X and Y versions: 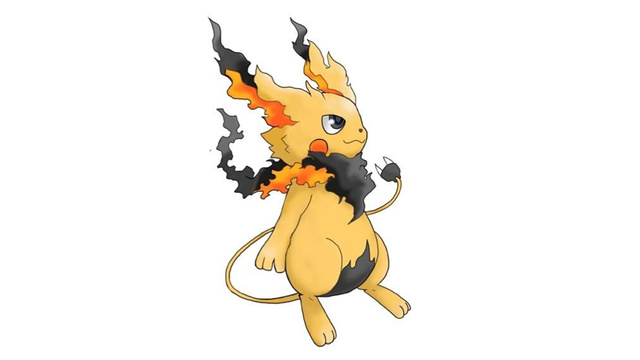 Oh wait, don’t meet the new Pikachu evolution, since the image above is an obvious fake.  But this fake Pikachu evo (known as Kaenchu to the Japanese) has been going viral on Twitter, with many Japanese Pokémon fans falling for the hoax and thinking it’s a real generation 6 Pokémon.

But alas, it’s a fake made by people on 2ch to show how easily people online are fooled.  Don’t believe everything you read kids.

We’ve had April Fool’s Day jokes.  We’ve had forum posts taken out of context, and fan art accidentally passed off as real.  But for the number one spot on the list, here’s probably the most well-known hoax in gaming.  It’s not a one day joke, it’s not a misinterpretation, it’s actually a deliberate attempt to fool the Zelda fandom like nothing else since.

Here’s what happened.  Back when The Legend of Zelda Ocarina of Time was brand new, a fan site called Hyrule the Land of Zelda was contacted by a supposed fan named ‘Adriana Almandoz’, who said she’d found the Triforce in the game and had managed to enter the Temple of Light.

But unlike the two million other stories about the same thing, she actually provided what seemed like evidence, screenshots showing the Overture of Sages being played, Link finding the Triforce and the entrance to the Temple of Light. 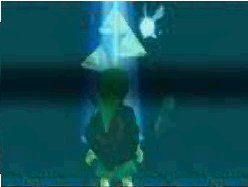 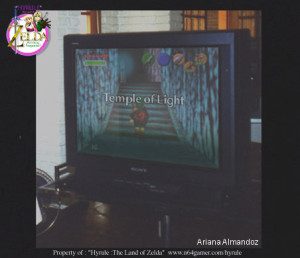 Above: Yes, we had some pretty low standards back then.  Even such rudimentary image editing as the above fooled thousands.

This was an absolute bombshell.  People had by then written off the whole possibility of finding the Triforce in the game as lies, the rumours about it uncredible and the idea absurd.  To show all these images and a genuinely convincing explanation shook the Zelda fandom upside down.

Obviously though,  it turned out to be fake.  People looked all over Hyrule for a missing ocarina song and none were to be found.  They tried asking Adriana, and got nothing but taunts and comments about them not being good enough or something similar.  Doubts began creeping in.

Eventually though, people realised the images were faked due to Link’s sword being sheathed on the wrong side of his back, and quite a few other technical explanations were given that proved none of the screenshots were as they appeared.

And finally, Adriana just came out and admitted the whole thing was made up.  That the sword being sheathed on the wrong side was a deliberate error to see if anyone could catch it out, and that apparently ‘she’ wasn’t really from Colombia and might not be female.

So for being the most infamous Nintendo related hoax of all time, Adriana’s Triforce hoax is the best Nintendo hoax ever created.

Do you agree with our list? And if not, what hoaxes based on Nintendo games do you think we should have listed?

I had never heard of the EGM Smash Bros thing, though I guess I was too young to be involved in the gaming world back then.