Who’s The Mystery Man in the New ARMS Trailer? 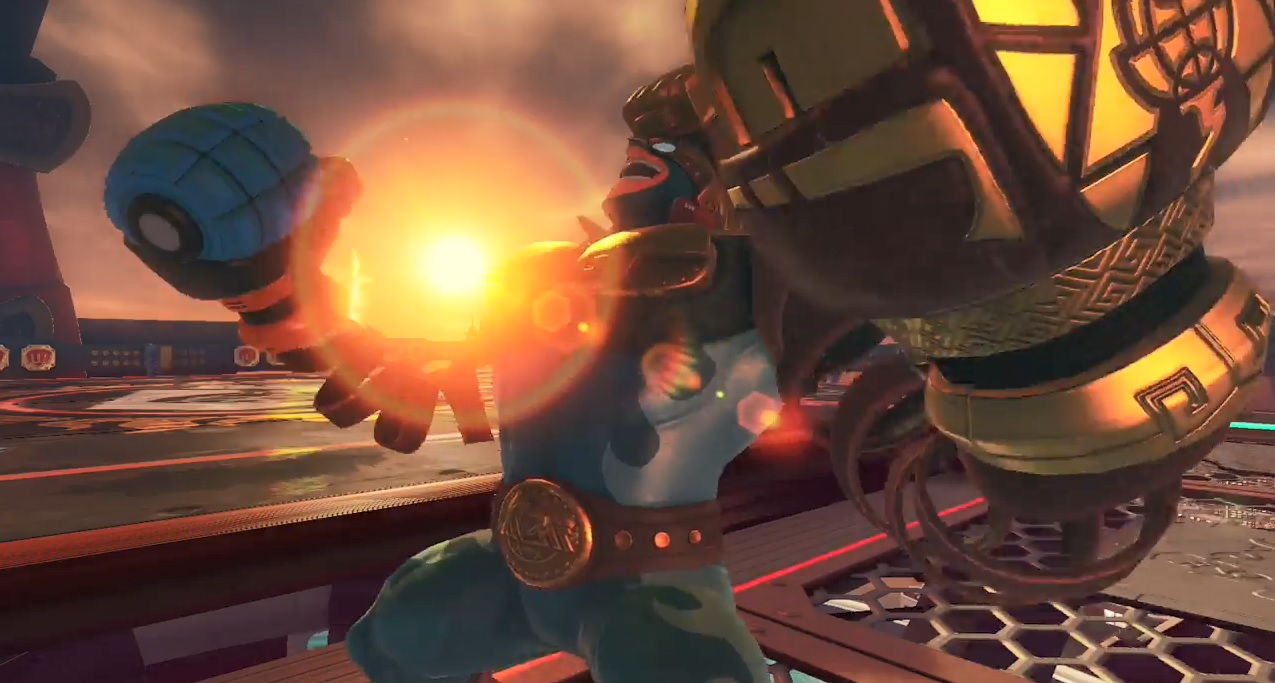 However, it seems like Nintendo may have been lying here. Or at least, leaving out an interesting other opponent not yet mentioned by the company. Why? Because the very trailer for ARMS seems to show another character in the game. A mystery man we’ve never seen before!

Here he is the first time around: 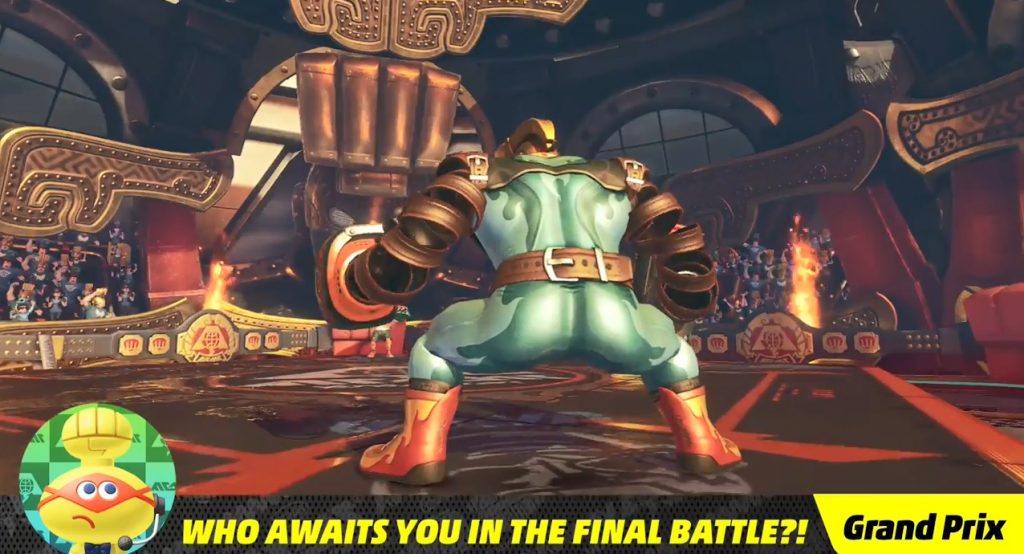 Plus his second appearance a tad later in the video: 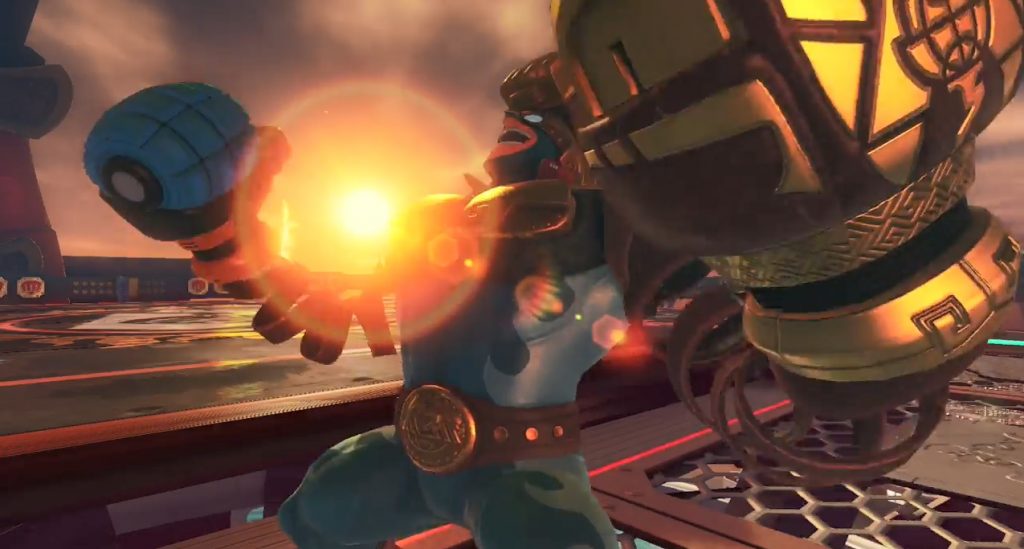 As you can see, he’s clearly marked out as the final boss. But what’s he actually like as a character?

Well, that’s the big question really. On the one hand, it’s pretty clear he’s got a superhero design motif going on, what with the spandex type clothing you can see in his first trailer appearance. He’s also got fire powers, which are shown being used to crush Spring Man pretty handily. 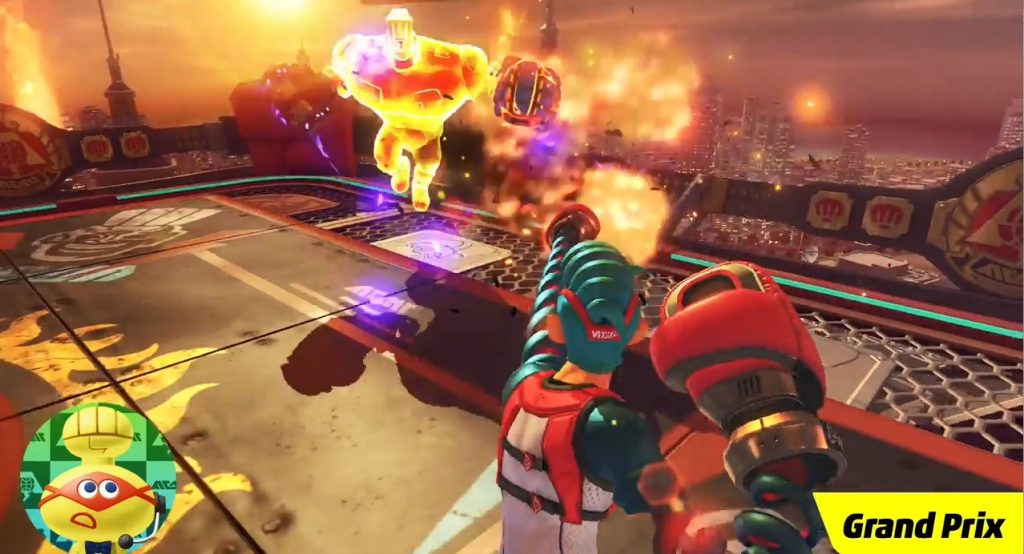 He also may have an affinity for this demonic mask, which gives a character suspiciously like him six arms to use in battle. 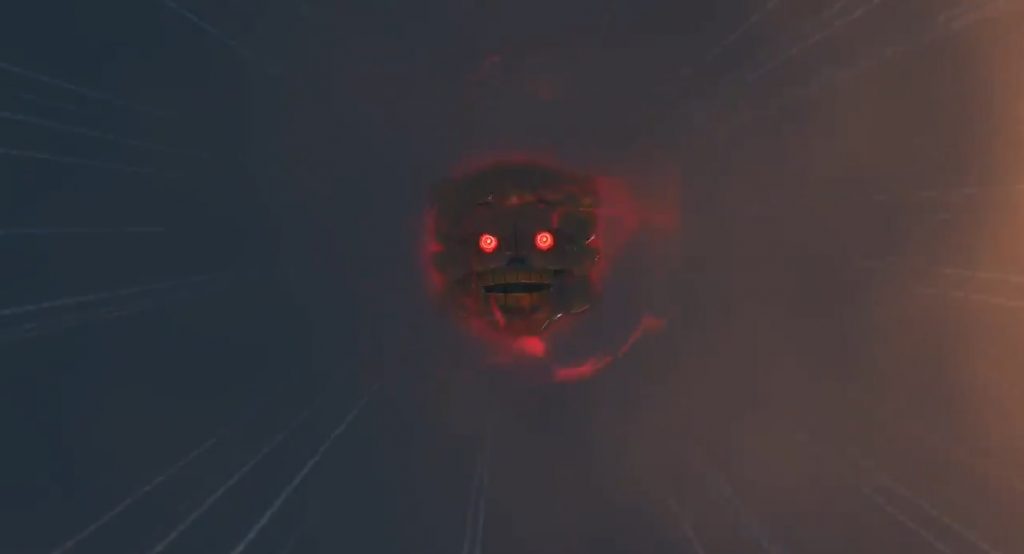 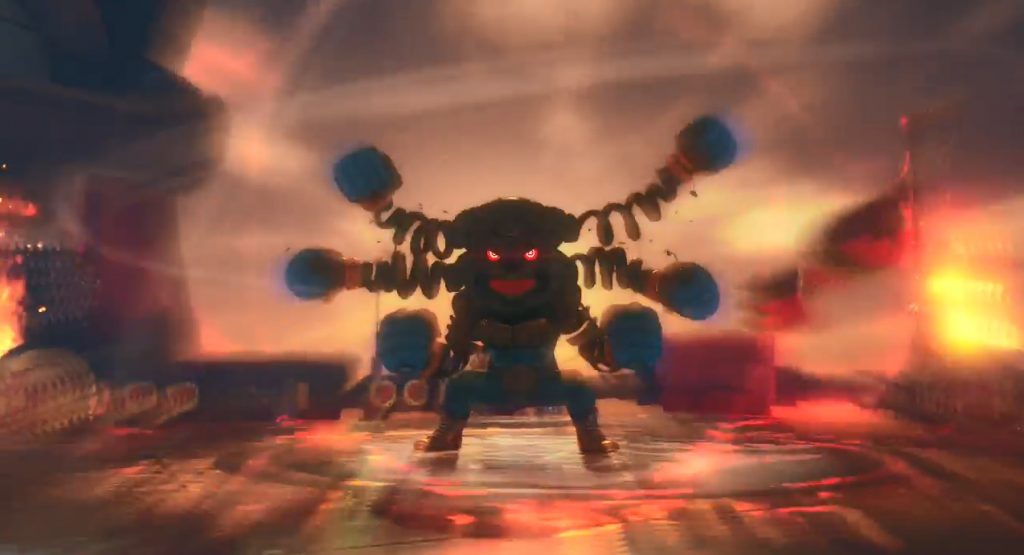 But that’s all we know so far. This in turn raises the following two questions:

1. Is he playable? I’m going to say yes based on his humanoid design and mostly normal abilities, but Nintendo could easily surprise us by keeping him as a non playable boss. Like say, Akuma in the early Street Fighter games. Or Shang Tsung and Shao Khan from Mortal Kombat.

2. If he is playable, how is he unlocked? Because to be honest, I’m going to go on a limb and say he’s not in the game’s starting roster. Maybe I’m wrong there, maybe not. But he doesn’t look like a normal character in the game, and hence I get the impression he could be a secret one instead.

There’s also the related question of how exactly the evil mask relates to him. Is he just some phantom the mask itself conjured up? Is he possessed? Are the two entirely different characters?

All of these possibilities are entirely plausible here. And the game really gives me no one hypothesis to believe over the other yet.

But either way, it seems there’s a mystery challenger hidden away in ARMS. One who may indeed turn out to be the eleventh main member of the cast list…