10 Underrated Gaming Channels to Check Out in 2016

When it comes to popular gaming channels on Youtube, we all know the big ones. Pewdiepie. Markiplier. Game Theory. All channels with millions of subscribers and huge fanbases following their every beck and call.

But channels like this aren’t the only ones worth checking out on Youtube at the moment. Oh no, there are tons of great channels with nowhere near the attention they deserve. People who talk about all manner of cool things, yet only have 2000 subscribers after multiple years. Channels that take on interesting topics like glitches and beta content. That sort of thing.

So here are ten of them. Here are ten underrated gaming channels to check out and subscribe to right now!

So let’s start off the list with a channel that Gaming Reinvented readers may be pretty familiar with already. Namely, BlueJackG, the Wario remix aficionado who redid the entire soundtrack of Wario Land 4 in HD with modern instruments and cleaner voice effects.

But that’s not all he’s done either. Oh no, he’s also remixed various songs from Castlevania, WarioWare and Super Mario Bros, done Let’s Plays of games like Ghost Trick and posted walkthroughs for a good ten or twenty games before even that. BlueJackG has posted tons of great videos over the last six years or so.

Which makes it all the more depressing when to know that his channel is still under 2000 subscribers after nearly two thirds of a decade. That’s sad, especially when your average Game Theory rip off or Youtube rant channel will seemingly end up with about 50,000 subscribers within its first week nowadays.

So if you want some great video game remixes (and the odd Let’s Play), subscribe to BlueJackG on Youtube today.

Talking of music remixes, that’s the speciality of our next Youtuber. NoteBlock has uploaded a massive 126 video game remixes since he started on Youtube in April 2014. These range from remixes of familiar songs from popular titles (like the Lost Woods or Gerudo Valley in Ocarina of Time) to slightly ones based on slightly more unknown ones like Cheese Land from Mario Kart Super Circuit.

They’re all really well done remixes too, taking a familiar song and changing it up in all kinds of interesting and novel ways. For example, their version of Ashley’s theme from WarioWare Touched is perhaps the only remix I’ve heard that actually changes up the order of the vocals and mixes it with other ‘spooky’ songs from the series.

Yet even despite the uniqueness of these remixes and their general high quality, the channel is still overshadowed by a lot of competitors. Yes, the popular ones can get about 20,000 views and a few hundred likes. That’s good.

So let’s give ’em a bit of support, shall we? Let’s get NoteBlock’s remixes up there with the most popular gaming music channels on the service!

But enough with the music for a minute, let’s move on to game analysis videos. Like the ones posted by Tanooki Tails, which often focus on the Paper Mario series.

These videos make a lot of interesting points about games and (in Paper Mario’s case) their various shortcomings. Like how in this video, he calls out Intelligent Systems for putting the minimum effort into Paper Mario Color Splash:

It’s a really emotional video, and it brilliantly summarises where Nintendo is going wrong with the Mario series in the last few years.

Another interesting channel this one. Why? Because of one key video series that’s well worth subscribing to the channel for on its own.

Well, it’s a series where Shesez uses free camera codes and cheats explore the world outside of various video game levels. For example, he goes outside various Mario Kart tracks and Super Smash Bros battlefields to see what interesting details he can find in the distance.

This leads to some cool discoveries. Like the weirdly creepy low poly versions of characters from Super Mario Galaxy 1 and 2: 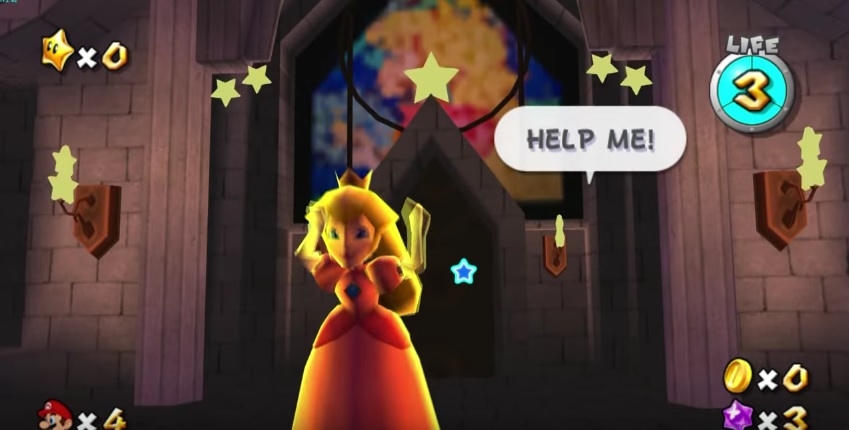 Or the two cities surrounding Wario Colosseum in Mario Kart Double Dash. Again, it’s something that you would never see if playing normally.

It’s a very interesting series, and one that pretty much doesn’t exist anywhere else on the internet. Definitely one to look at it if you’re fascinated by what lurks behind the boundary walls in the worlds you visit.

Next on the list, we have an interesting UK gaming channel from someone calling themselves Top Hat Gaming Man.
In itself, this is already pretty unique. I mean, UK Youtubers are very much underrepresented in the gaming world, with the vast majority of popular figures out there being various US cities and locations (mostly New York, Los Angeles or San Francisco). They certainly exist (with Guru Larry, Ashens and DJ Slope being some good examples), but they’re a fair bit less common than their transatlantic counterparts.

So it’s quite cool in that sense alone. We need more fashion savvy UK video makers in the gaming community, and Top Hat Gaming Man fits the bill perfectly.

But it’s the content that’s a bit more interesting here. Namely, the videos about what consoles are worth playing today.

Because they’re about as much about the console’s technology and ease of use as they are about the games available for it. For example, look at his video about the Game Boy:

It covers some interesting aspects about the system’s practicality, at least compared to the 3DS and other modern handhelds. Such as how the old school ‘non backlit’ screen actually made it much easier to play in bright sunlight (like say, on a beach in Spain) than the shinier one found on a modern 3DS.

That’s quite a neat observation, and one which makes me wonder if Nintendo were onto something back then after all…

Either way, it’s a promising channel with some interesting videos, and one that could become really popular if more people support it. Let’s get him past 2000 subscribers already!

Yeah, you probably knew this one was coming. I mean, I’ve been working with Source Gaming for years now.

None the less, their Youtube channel is definitely something to check out. Why? Because these guys have a lot of important points to make about gaming journalism.

Or this important insight into sources and accuracy:

Every gaming news writer and video maker needs to watch these videos. To realise how good gaming journalism isn’t about taking any old source as gospel.

And it’s not just the journalism videos that Source Gaming does well either. Oh no, their reviews and opinion videos are really well done as well. Like this one about Smash newcomers:

Or this about characters nearly in earlier Smash Bros games. Who knew James Bond was going to be Melee? Or that Urban Champion was even considered?

So yeah, Source Gaming run a great Youtube channel, and they need way more subscribers than the 2000 they currently have.

Moving back to something a bit less mainstream now, SnowmaN Gaming is notable for its focus on game design.

Okay, that’s not 100% true. It also has some enjoyable reviews of games, and a nice video series about starting up as a Youtube video maker:

But those aren’t really what I think the channel excels at. No, the guys at SnomaN Gaming really excel at making easy to understand, enjoyable videos about game design and how to do it right.

Like this one about designing good Super Mario Maker levels:

Or on a more negative note, this really well done look at how Donkey Kong 64 screws up its design so badly:

They’re all fascinating videos, and they’re well worth watching if you’re planning to go into the gaming industry at any point. So check them out, you won’t regret it!

And talking of fascinating, what better word to describe Aurum’s glitch videos?

Because dear god, some of the tricks here are really interesting to watch. For example, did you know how easy it was to go through walls in Mario & Luigi Dream Team?

Or that you can duplicate NPCs in A Link Between Worlds?

Because you can, and it looks pretty hilarious. As do some of the other bugs, like the one which lets you skip all of the Desert Palace. Not just up to the boss, all of it. You literally fall on top of the heart container while the room its in isn’t fully loaded.

Either way, there are tons of great videos here. So if you’ve a glitch fan, you need to subscribe to this channel right now.

Back to video game criticism channels now. This time, with someone who has a rather… unique gimmick for his channel.
Namely, he’s a muppet.

And here’s the strange part.

He actually makes some really, really interesting and thoughtful videos. Like this one about Paper Mario:

Or this similar one about how Mario & Luigi cannot replace it:

And there’s a lot like that on his channel. From Zelda concepts to game awards and even Amiibo reviews, Arlo covers everything with all the style and humour of a professional critic.

It’s a really good channel, and it kind of makes you wonder who the ‘real’ muppet is here…

Him, or the guys that say nothing of interest, like most ‘celebrities’ out there? I know which one I’m going with!

Finally, here’s another not so well known gaming channel by a British Youtuber.

And this one… this one has some really great content. Like this mini series, which has 100 facts about the PlayStation. No, you’re not reading that wrong. There really are 100 facts here, and a good 60% of them are things that most gamers won’t already know:

It’s a crazy level of a research, and it’s one that holds throughout most of the videos on Daniel Ibbertson’s channel. Like his video here about the various McDonalds video games throughout history. There are some real obscure gems in this one:

What’s more, Mr Ibbertston picks some really underappreciated series in many of his videos. For example, did you know about a series called Skweek?

Me neither, but he’s got a really fascinating video about it:

And the list goes on and on. Johnny Turbo, Kickstarter revamps of 16 bit franchises, a history of cinematic platformers… there are so many amazing videos to watch here. Forget the 10,000 subscribers he currently has, Slopes Game Room should easily have about 10 times that.

Either way, any gamer worth their salt should subscribe to this channel immediately. They won’t regret it!

So that concludes the list. But what did you think? Are any of these channels ones you plan to subscribe to now you know about them? Post your thoughts on here or social media today!