What Are Sony’s Plans For The PS4’s Future?

All three major console developers have back-and-forth attitude problems, but none seem to be more-so than Sony. Between constantly setting themselves up for class-act suits from breaking their own Terms of Service or always riding in the shadow of Microsoft, Sony is constantly making us wonder what they are thinking. Upon discussing some things with […]

Microsoft impressed me with a great display of technological prowess at E3 this year. However, I was not so much impressed by  the other developers, for the most part.   The conference began with the unveiling of backward compatibility which will even allow the use of all Xbox One’s features, such as Twitch, screencaps, and […]

Sony really blew away the competition this year at E3 with the announcements of many eagerly awaited games – and some not-so-eagerly awaited. Let’s look at the line-up and highlights of the event. Sony led off the conference with the anticipated game The Last Guardian which is a story about a boy and his Clifford-sized […]

Another Look At The Final Fantasy 7 Remake 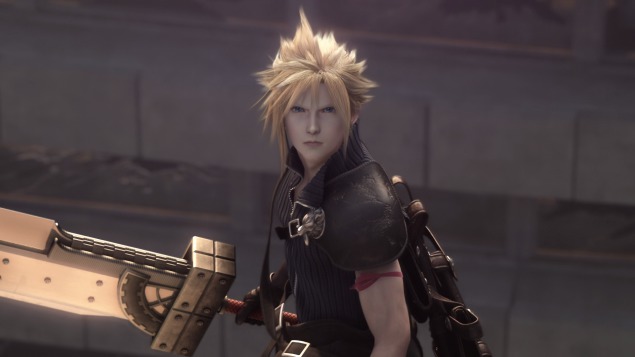 As promised in my earlier article, today we are going to look at some footage and screenshots on the long-awaited remake of Final Fantasy 7 coming to PS4.   To begin, let’s take a look at the teaser trailer. As you can see, the graphics have been completely re-hauled and look even more fantastic than […]

X-Box One To Get Built-In Emulator For 360 Games

In a faster move than Sony, Microsoft pulls ahead of the game by announcing at E3 they are to update the firmware for the X-Box One so it plays X-Box 360 games. That does not include just the digital library, but the disc-based variants as well! Sony had rumors going around for what seems like […]

Final Fantasy Finally Gets The Remake Fans Have Long Been Waiting For!

Remember this? That was the reaction to last year’s announcement that Final Fantasy 7 was coming to  PS4 finally, only to be shown images and scenes from the original PC release and be told it was a port of that actual version.   Well, Sony and Square-Enix seem to have finally listened to fan demands […]

You read that correctly, no need to rub your eyes. Game developer Bethesda announced some new follow-ups to their A-list game series at E3 yesterday, such as Fallout 4, Dishonoured 2, A brand-new Doom installment and a strategy card game for The Elder Scrolls series entitled “The Elder Scrolls: Legends”. Up until now TES has […]

Sony released this video yesterday of their answer to Super Smash Bros. It has a lot of great characters, like Sly, Cole Macgrath and Fat Princess. PlayStation All-Stars Battle Royale Might ruin the sales of Super Smash Bros 3DS/Wii U, but I’m actually interested in this game..

In 2010, an app called Beauty Clock Portable was released for the PSP. This were also released for the iPhone for 300 yen. The 3DS version that just arrived to the Japanese eShop, is free. Beauty Clock shows different pictures of women every minute, and the PSP version had 1440 pictures. Sadly, the 3DS has […]

This game were released about a week ago in Japan, and retailers seem disappointed with the low amount of sales. While the Pokemon games mostly focus on children, this game seems to attract a lot of adults. Retailers say that people usually buy the game at the evening, when adults are done with work. They’ve […]

I thought that fortnue street were supposed to be a Wii exclusie game, but turns out I was wrong. Today the iPhone version of Fortune Street was released on the Apple Market, for free. However, this version doesn’t have Mario characters and Dragon Quest characters, and it also have just one board. Might not be […]